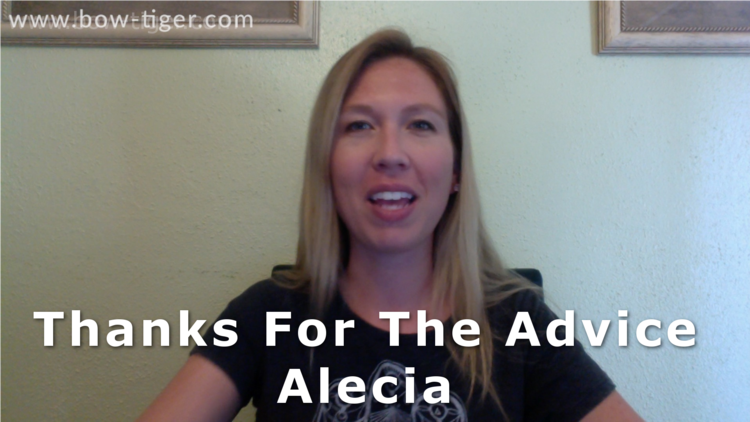 Hey, everybody. Harper Jones with Bow-Tiger, and you are watching our Ask Harper segment. Now last month, I switched it up a little bit. As you guys may or may not know, once a month I do an Ask Harper segment where I take your questions and I try to answer them on air. The answers that I provide you guys are from personal experience and also personal research. As being a mom, I do a lot of research on children's topics. And then, of course, being part of the Bow-Tiger family, research is really the name of the game for me or for my position.

Okay, so last month, we will get back to last month. Last month, I switched it up, and instead of answering your questions, I actually had a question for my viewers because I was having an issue with my daughter in regards to getting her to clean up any mess whatsoever. She basically refused, so I wanted to get a little bit of insight from you guys to see maybe different things that you've tried or ideas that you came up with to fight this little battle that I know a lot of us must go through with our kids.

So I did get a response, and this was probably my favorite response, and it's gonna sound a little funny to be my favorite response as I'm not normally prone to any reward system, but we will explain that in a minute. Now the response was from Alecia. And Alecia mentioned, "Maybe a reward system. Every day she helps clean, she gets a star," that's cool, "And if she gets a full week of stars, then she gets a small price from say a price shirt. She gets to pick an extra snack like ice cream or she gets to select or choose what everybody's having for dinner."

Okay, now, normally, I am not big on the reward system, and why am I not big on the reward system because I feel that a reward system sort of initiates the handout problem. Immediately, when a child thinks that they've done something good, they're doing that because they expect to get something in return. Now, does the real world work like that? Absolutely not. You have to do things because you know that they need to get done. You do not always do things and expect something in return. We know that, whether it's from work, whether it's from people, friends, family, etc., a lot of the times you're just doing things because you know it's the right thing to do, not necessarily because you're getting anything back.

And that will be why I don't like reward systems, but what I did like about Alecia's idea is that it's not an extravagant reward system. It actually...it's sort of on small scale. So this isn't necessarily something that's going to, you know, dent our children or give them the idea that they always need to expect something for doing something. The small price to her, I feel that I've... This is what I've started on actually, small price to her, I did stickers, did some little erasers. I did do some sugar-free candies, just different little things in there, but nothing that's super pricey or super extravagant.

And then the second two ideas that she provided, I haven't tried these out, but I really like this. One, if she didn't say pick an extra snack like going out for ice cream because then it's like a trip that the child gets to taste. You go out for ice cream and you get the big ice cream that cost you, you know, bookoos of dollars, with sprinkles and everything else. Well, no, she just gets to pick an extra snack. So maybe you guys are at the grocery store, she gets to pick out some ice cream that the family gets to enjoy during the week. I think that's a good way to incorporate a reward. Get what you're wanting and also get them...which is cleaning the room, and also get them something. Initiate the idea that they want to do this, the cleaning up for you or different chores that you're trying to do. It's not an extravagant price.

And then the last one was picking out dinner. Well, what's great about this is this is one of those like reverse psychology rewards because your child gets to pick out what they want for dinner or what the family wants to have for dinner. Now, I will say when they're picking out what you guys are eating for dinner, don't just randomly say, "You can choose whatever you want."

What she gets to do is you get to provide these different options and say, "Okay, you get to choose between these." So regardless, you win because they were all your options initially, but she is feeling rewarded in the fact that you're taking her opinion on what the family's going to have for dinner. Okay, so that's enough about the Ask Harper segment from last month. Alecia, thank you so much again for giving me your input and ideas and I'm definitely trying that now. I'll let you know a little bit more about how it goes in the next Ask Harper segment.

The one other thing that I wanted to mention today is my sister-in-law asked me a really good question over the last week. I want to share it with you, guys. She asked me where I get music for my daughter. Because the radio, as you guys may or may not know, it's not the best place to look for music for a kid. There's just a lot of mature content, we'll say, on the radio these days and most of the stations out there are just not appropriate for families or children to listen to.

Now, if you have this problem, if you're in this predicament, I would suggest checking out...my favorite is Pandora. Pandora, Spotify, or iTunes would be the top three. What you are able to do with these programs is actually specify the type of music the entire time as to what you're listening to. So you can specify Disney music, children's music, lullabies, nursery rhymes, really whatever you want, story time, and you don't have to worry about even the commercials that come on being too mature for the listeners that are hearing them, which are your children.

So again, that was Pandora first, that's my favorite, Pandora, Spotify, or iTunes. Pandora is actually a totally free subscription unless you decide that you don't want to have any of the commercials, then you do have to pay a small fee for that. Spotify as well, if you wanted on yourself, you have to pay a subscription, and iTunes as well as there's a small fee. But there are free parts of these applications that you guys can use and try out. I definitely suggest them.

We’re committed to bring the BEST QUALITY products for you and for your kids!

Enter your name and email address to download the PDF transcript.

What people are saying about us...

"I've never had better customer service from any company online. I am happily surprised at how quickly they stood behind their product AND my question. My only issue is that the double sided tape didn't stick & they addressed that immediately. i like the quality of the product and the packaging was great. I'm overall a very happy customer. What a breath of fresh air."

"This is far better quality than what I've seen in retail stores. It fits my newborns mattress perfectly and is super soft to the touch. I've washed this several times and it has held up well. Pretty much looks new after over a month of heavy use. The color is great also. I'm very happy with this product."

"The Bow-Tiger bags are AHHHHHMMMAZZZING!!! I love them!!! They measure volumes most accurately, they stand up even when empty, they seal completely shut, they're sturdy plastic, and they freeze and defrost well! Thank you for making such a wonderful product! Thank you for ultimately making it easier for me to be mommy! Your wonderful storage bags allow me more time with my two daughters!"

"I was impressed with this material. Not just the dense, high-quality foam, which I expected would be good, but more with the generous installation kit. As this is a kit that most people don't get a lot of practice with, it would be natural to mess up a bit during the first attempt. The kit comes with a generous supply of double-stick tape, and it is extra-sticky 3M brand tape, and works very well. If there were a 6-star "Even better than I expected" rating, this would be a 6-star review."

Your Satisfaction is Our Main Concern