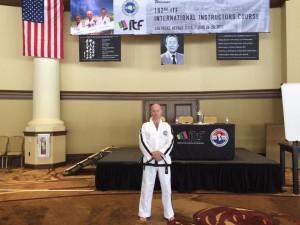 Today, we venture into the world of self-defense. There are a lot of bullies out there especially in school and we don't want our kids to be a victim of bullying and that's where self-defense comes in. We're sharing our spotlight today with Matt Stewart, IV Dan – Head Instructor and Co-Owner of Three Dragons Martial Arts Academy.

What started as a childhood crush was how Matt ended up with this line of work. He joined to impress a childhood sweetheart, who eventually moved away but as early as 8 years old, he knew that Martial Arts was his passion. True enough, one of the greatest influences in his life is Mr. Lester, his teacher.

Eventually, his siblings and some of his friends joined the Taekwon-Do classes. Just as any other kid, he began comparing himself to them and grew more and more insecure as he focused on his friends' skills other than his own. It also didn't help when his siblings caught up in rank as he failed 2 blue belt testings. He was discouraged and quitting became an option.

That is when Mr. Lester changed his whole perspective. He encouraged Matt and made him see his strength. He made him believe in himself again, to be better for himself and not just for everyone else.

At 12 years old, Matt became a black belter. For Matt, Martial Arts shaped his character and developed him into 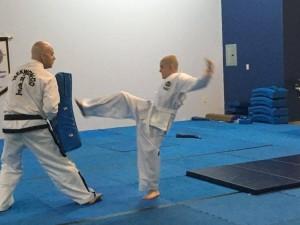 the person he is today. It taught Matt to never give up, to have compassion for others and a desire to protect people, to be respectful and courteous and confident.

In 1997, Matt's dad set a vision for their family - to build their own martial arts school in Fairbanks, Alaska and it would be called Three Dragons Martial Arts Academy. Matt remembers the day he came home with a sketch of their patch - three dragons; one to represent each child of his. The day they opened, his dad gave each of them a silver coin with that very same patch. Matt still has that coin today and kept it in his pocket to remind him every day of the importance to set goals and achieve them, no matter the challenges. After almost 10 years of operations - lots of national and international tournaments, the family decided to move in different directions.  Matt moved to Florida, Alicia moved to California, and Josey moved to Colorado to start their families and the school was sold.

Matt and his wife, Tiffany, decided to open Three Dragons Martial Arts Academy in Orlando, FL after much consideration and blessings from family.  They opened in April of this year and are enjoying building up a new community of Martial Artists in the Orlando area 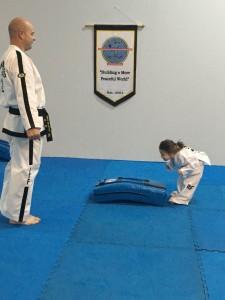 Matt proudly announces that Three Dragons Martial Arts Academy has a proven curriculum that they have been using since 1997 (originally in Fairbanks, Alaska). They do not group students by broad age ranges; they place kids by development stage. "We know the difference between a 3-year-old and a 5-year-old, a 7-year-old and a 10-year-old, etc... They are worlds apart and understanding what each development stage is physically and mentally capable of allows us to achieve results much quicker. It’s like the Goldilocks story – you don’t want it too challenging or not challenging enough – you want it to be just right and that’s what their students experience. The classes are less chaotic and more fun!"

Matt explained that Martial Arts is not just an activity. It is an absolute necessary. His wife and he were both raised with the concept of “it takes a village to raise a child.” They are creating a village of parents and children and they work with both to make a difference. They make it their mission to change lives one story at a time.

In Taekwon-Do they have 5 tenets they teach and live by:

Not only do kids learn these tenets in class, but they learn how to apply them not only in the dojang (school) but all aspects of their lives. Matt believes this is the greatest purpose and advantage of having your child become a Martial Artist. Students will also build their confidence and self-esteem while learning healthy habits through Three Dragon's holistic approach.

As an instructor, he feels good at the end of everyday knowing he has made a difference. When he sees the 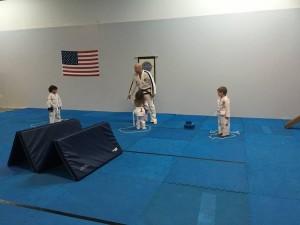 lightbulb moment when one of his students struggles for a while on a technique and then nails it! Not only did they display perseverance, but they built confidence and feel good about their success!

For Matt, inconsistency on the part of the parents is one of the biggest areas of improvement. Inconsistency enables the kid to take control or be very unsure of themselves that is why parents should follow through on their word every time. Consistency is key.  Martial Arts provides consistency.  Every student learns what is expected and they are held accountable every time.

Matt shares his best tip for parents who plans or are considering to enroll their kids in Martial Arts:

"Do your research. There are a lot of different martial arts and they each have their benefits. Figure out why you want your child to be in martial arts and then find the right type. When looking for the right school – try them out. Make sure it is an environment you want your kid to be in and the instructor is a good fit. We specialize in Taekwon-Do which is great for discipline and focus improvement."

Eventually, Matt and his family moved and settled in Orlando, Florida and by April 2016 Three Dragons Martial Arts Academy in Orlando became a reality. 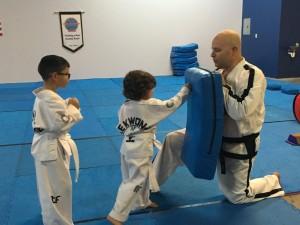 Three Dragons Martial Arts Academy cares about your personal goals.  They spend time learning about what results you are looking for and creating a plan with you to support you in achieving your goals.

Three Dragons Martial Arts Academy is happy to help answer any questions you might have even if you don't live in the area but want to learn more about placing your kids in a Martial Arts program.  They are part of a large affiliation network all around the world (ATFI / ITF).

If you find yourself in the Orlando area and wish to check them out please visit their website at www.3DMAA.com or call (407) 906-3622 or you may email at [email protected]

We’re committed to bring the BEST QUALITY products for you and for your kids!

What people are saying about us...

"I've never had better customer service from any company online. I am happily surprised at how quickly they stood behind their product AND my question. My only issue is that the double sided tape didn't stick & they addressed that immediately. i like the quality of the product and the packaging was great. I'm overall a very happy customer. What a breath of fresh air."

"This is far better quality than what I've seen in retail stores. It fits my newborns mattress perfectly and is super soft to the touch. I've washed this several times and it has held up well. Pretty much looks new after over a month of heavy use. The color is great also. I'm very happy with this product."

"The Bow-Tiger bags are AHHHHHMMMAZZZING!!! I love them!!! They measure volumes most accurately, they stand up even when empty, they seal completely shut, they're sturdy plastic, and they freeze and defrost well! Thank you for making such a wonderful product! Thank you for ultimately making it easier for me to be mommy! Your wonderful storage bags allow me more time with my two daughters!"

"I was impressed with this material. Not just the dense, high-quality foam, which I expected would be good, but more with the generous installation kit. As this is a kit that most people don't get a lot of practice with, it would be natural to mess up a bit during the first attempt. The kit comes with a generous supply of double-stick tape, and it is extra-sticky 3M brand tape, and works very well. If there were a 6-star "Even better than I expected" rating, this would be a 6-star review."

Your Satisfaction is Our Main Concern